Y’all know that I don’t post a weekend recap unless they include cute pictures of Joel or something eventful. Well this weekend recap has both!

This weekend, Casey finished our farmhouse kitchen table in record time (2 weeks). It looks great and I love how it ties our main living area together. Be on the lookout for a how-to (written by Casey) on the blog soon!

On Saturday we took down the Christmas lights (finally!!) and decided to head to the mall to eat lunch and take Joel on the carousel. We figured that since he likes to ride Dozer like a horse, he’d love the carousel…and we were right. He absolutely adored it. He kept patting the horse and saying “Hi pup pup (puppy)…” over and over again, occasionally taking breaks to wave at the commoners that were sitting around watching.

Processed with VSCO with c1 preset

Processed with VSCO with c1 preset

Sunday, we hosted a baby shower for our friend Jenna, who is having her 4th baby (boy…that’s my guess)! While we were setting up, the fire alarm at my house goes off 10 minutes before everyone was due to arrive. We (the other 4 ladies helping host…Casey and Joel had already left the house) thought it was weird since the sandwiches we had in the oven didn’t look to be burning at all. We opened all the doors and windows and nothing happened…I didn’t smell smoke or see it. Then all of sudden I saw a stream of smoke coming from the hallway…we go running and sure enough a candle in the guest bathroom had caught the hand towel on fire. The girls immediately ran to get cups of water while I grabbed a towel and tried to smother the flame (I learned that in school??). Nothing was working and I had no idea what to do because THIS WAS ALL I LEARNED IN SCHOOL. Eventually, the girls brought a bucket of ice (quick thinking) and I dumped it on the flames and it did…..nothing…because it was ice. But it gave us time to think so I grabbed the flaming towel with the other towel and quickly put it under the sink with the running water and smothered the flame out. The whole thing once we saw the towel/bathroom ablaze, probably lasted less than 5 minutes, but it felt like forever. But seriously props to the other girls that ran to get cups of water, not to mention Rachel who was scooping water out of the toilet (haha) and then calmed me down afterwards because I was shaking so badly. I went to call Casey to tell him and after telling him everything was fine and everyone was ok, his response was “Well I knew you wanted to redo the bathrooms, but you didn’t have to go setting it on fire to make me act on it!” Lord, I love that man.

After that, I was just worried about the house smelling like smoke when people and tiny babies started showing up…but Kristen put some strong smelling oils in the diffuser and it was a beautiful day so all the windows and doors open made sense. In spite of it all, we had a wonderful time celebrating a mother we all love and admire! 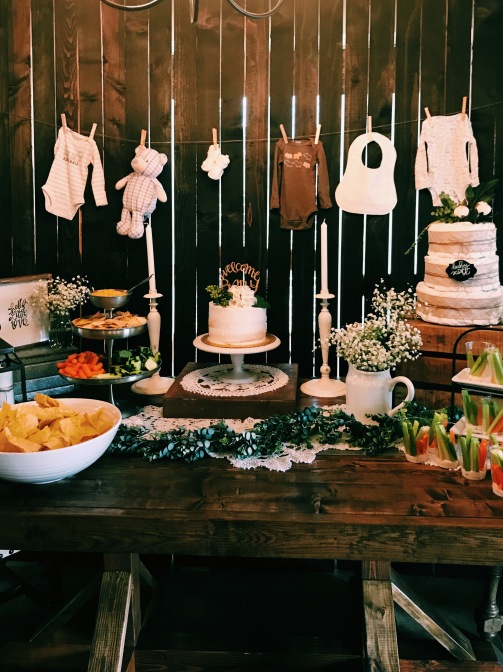 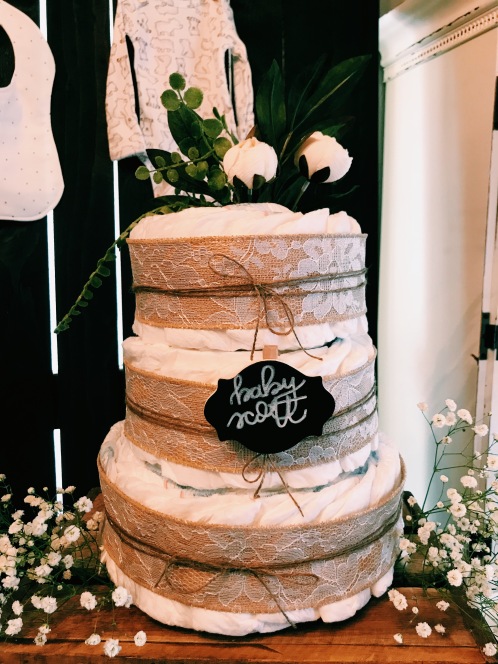 And that’s our weekend recap! Until the next event.